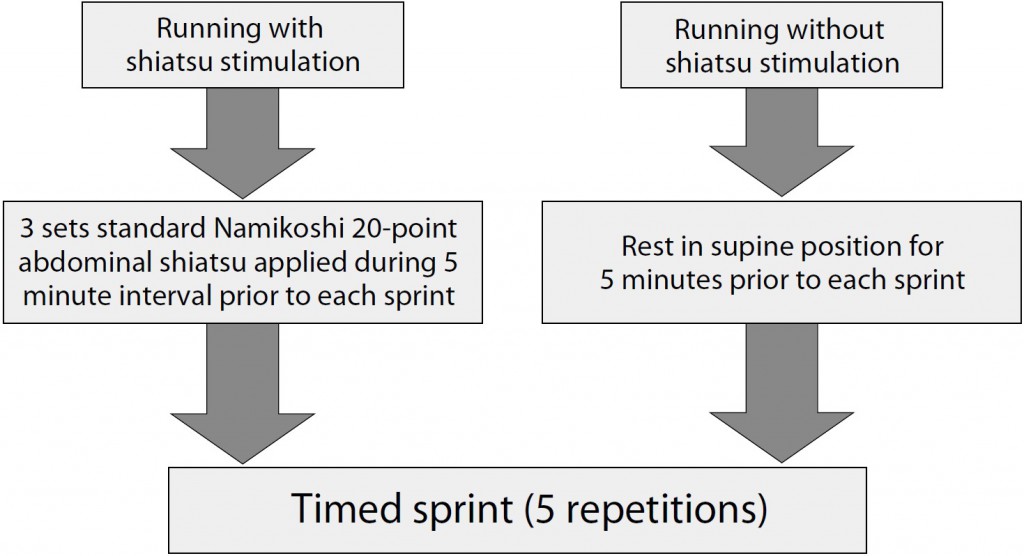 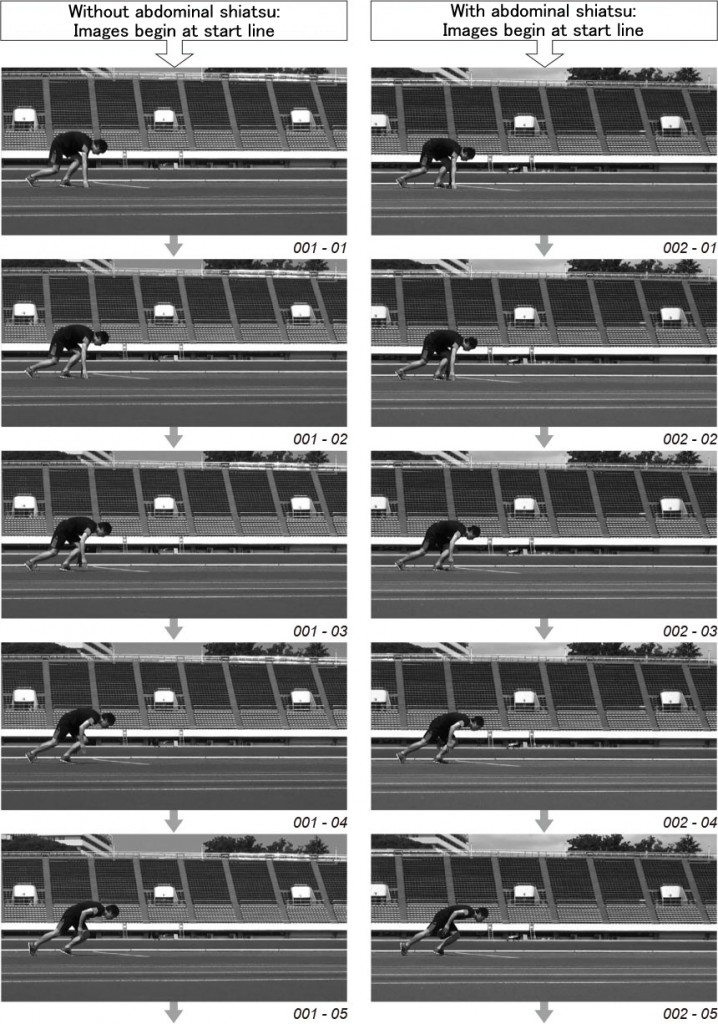 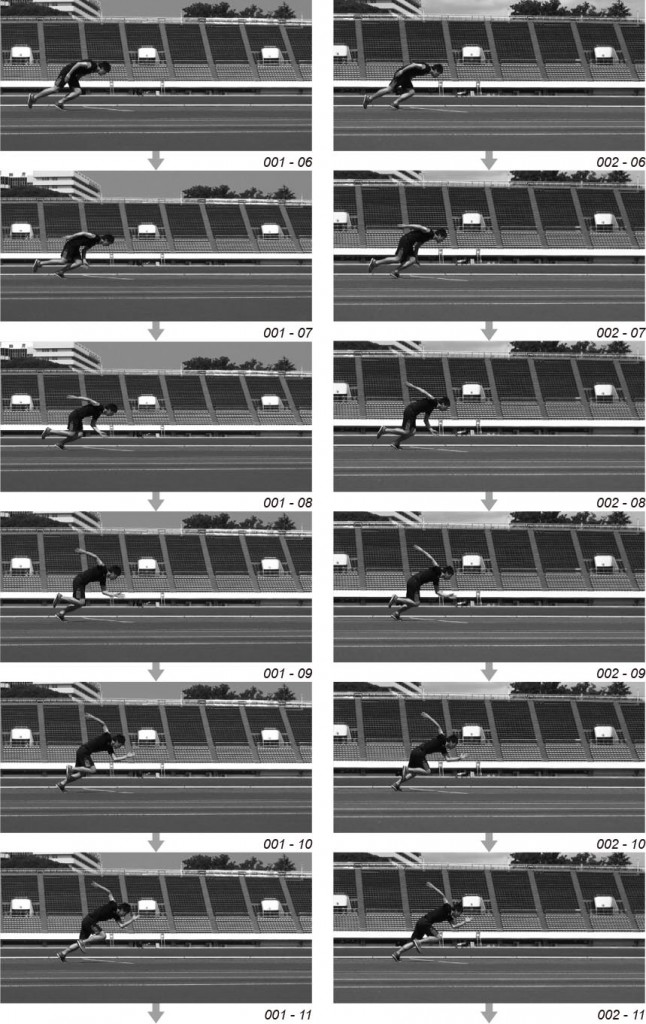 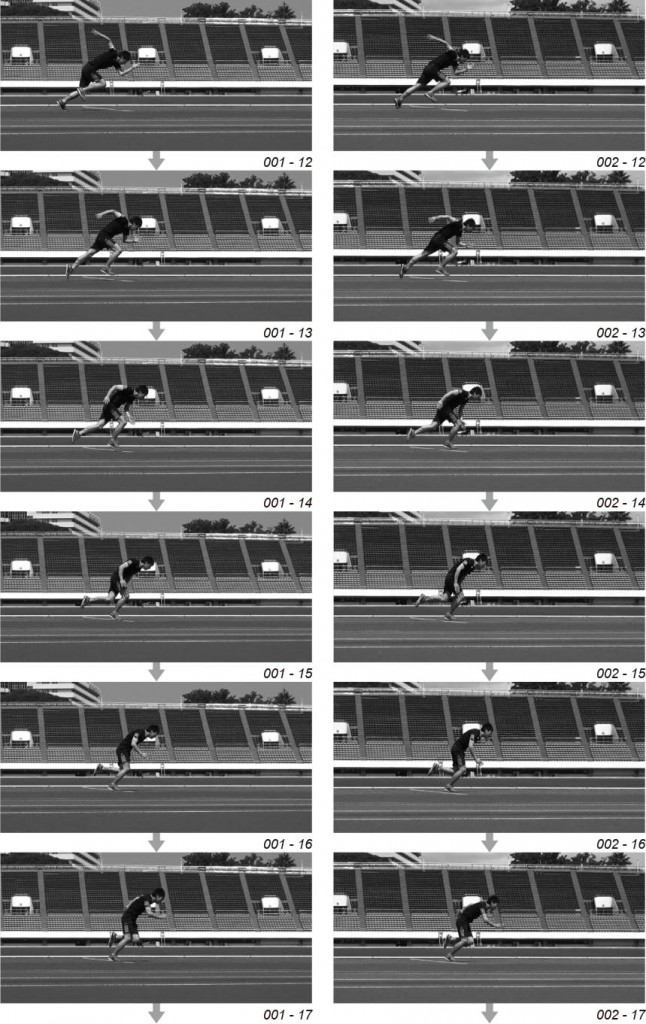 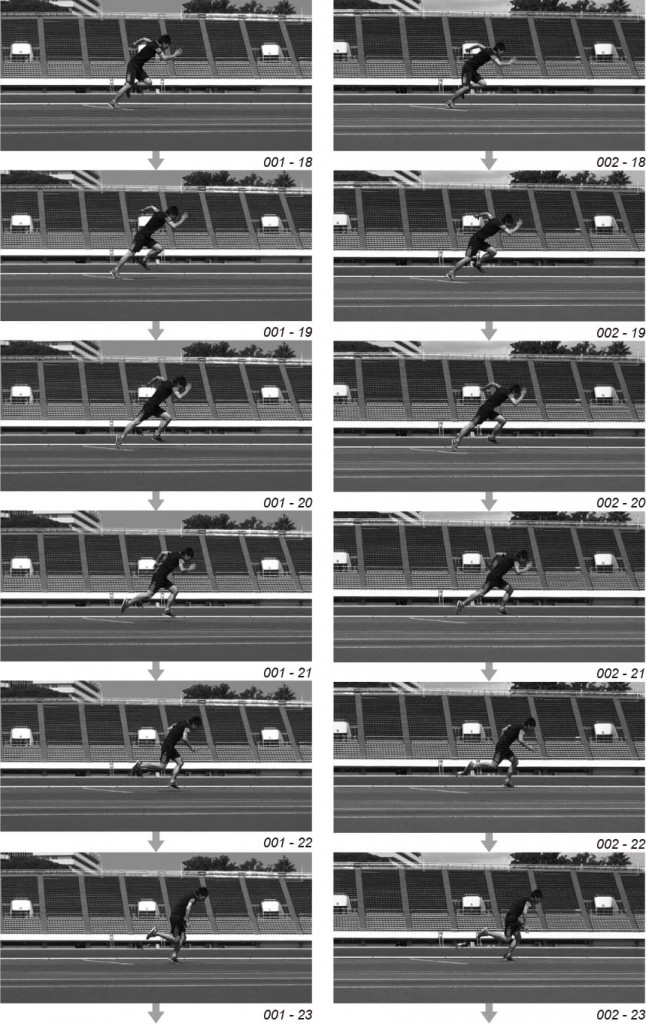 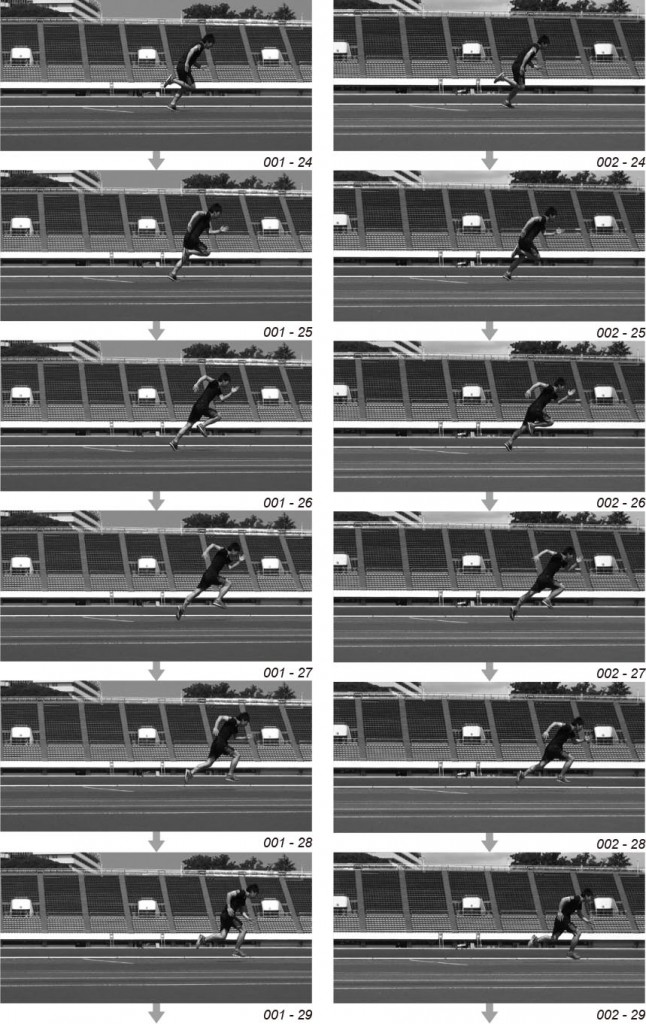 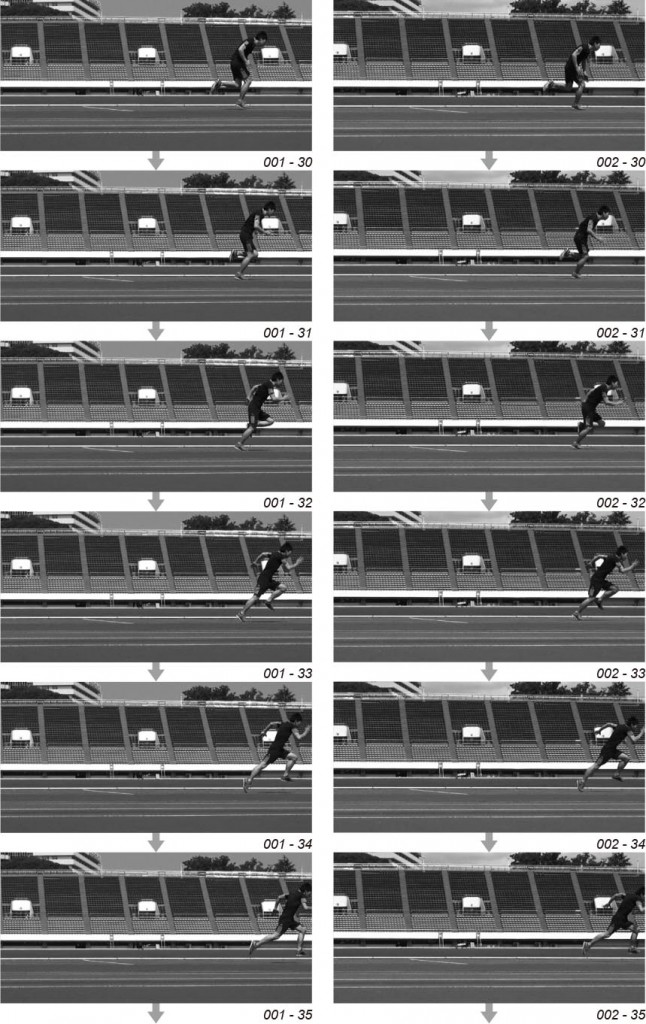 The abdomen is a region for which significant therapeutic effect can be expected from shiatsu, but which can be challenging to treat.

Here, using standard Namikoshi abdominal shiatsu as a base, I would like to examine the topic from the perspective of both Western and Eastern medicine, with the hope of encouraging you to more actively employ abdominal shiatsu in your treatments.

Research by the Shiatsu Therapy Research Lab at the Namikoshi Institute has shown that abdominal shiatsu, a distinguishing characteristic of Namikoshi shiatsu, affects the autonomic nervous system to slow cardiac pulse, lower blood pressure, increase muscular blood flow, stimulate gastrointestinal peristalsis, and reduce pupil diameter, as well as having an effect on the musculoskeletal system (Fig. 1).

In addition, the rectus abdominis and iliopsoas muscles can also be treated, making the abdominal region an extremely important area for treating lumbar pain. 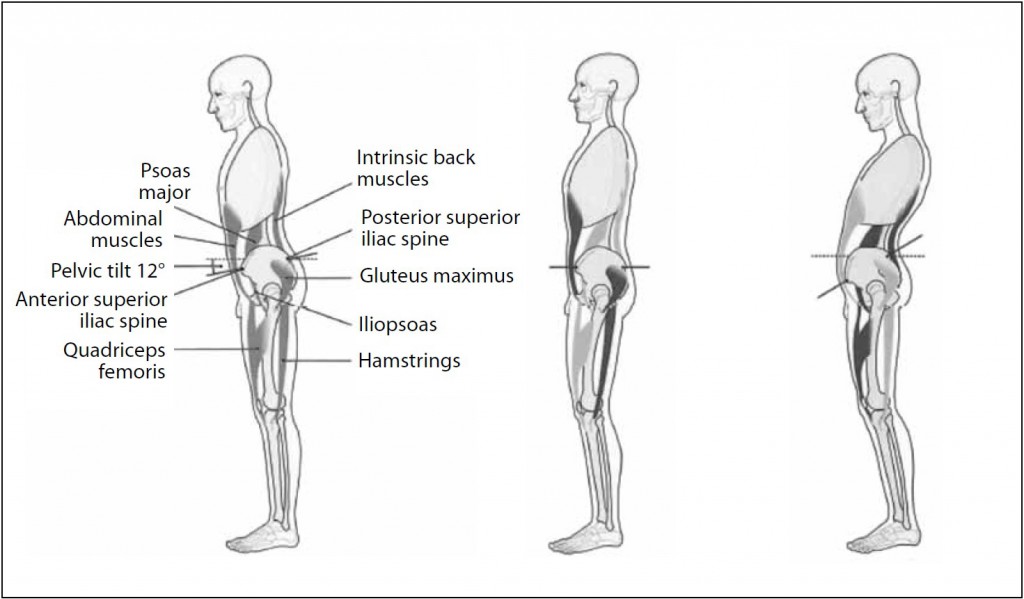 As mentioned previously, abdominal shiatsu can be highly effective for both regulating the autonomic nervous system and treating lumbar pain. Now let’s examine the effect of tension in the abdominal muscles on posture.

As shown in Fig. 2, hypertonus in the rectus abdominis and iliopsoas has a significant effect on pelvic angle and lumbar spinal curvature.

Next, I would like to consider how to approach the psoas major from the abdominal region. Whereas the rectus abdominis is a superficial muscle, the psoas major is deep. Therefore the key to treating the psoas major muscle is to have a clear image of its origin, insertion, and path. 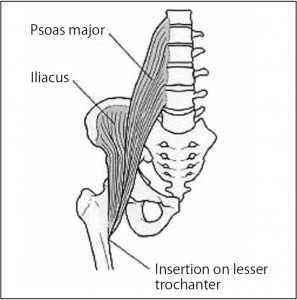 Actions of the iliopsoas (Fig. 4)

(1) When pelvis and lumbar vertebrae are fixed
→ Flexion of hip joint
(2) When femur is fixed
→ Lumbar lordosis; anterior pelvic tilt 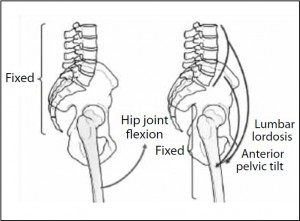 Fig. 4. Actions of the iliopsoas

Illustration of rectus abdominis and iliopsoas 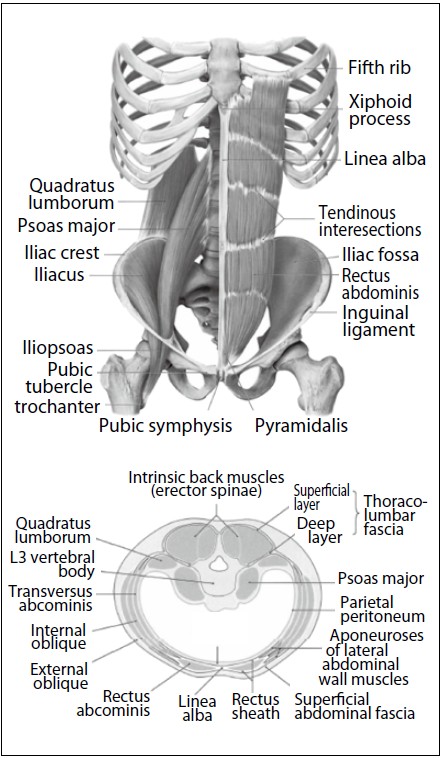 (2) Have a clear objective

In abdominal diagnosis, responses specific to each area are examined 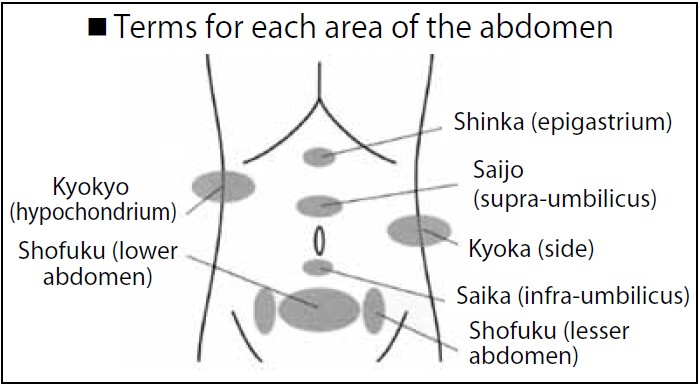 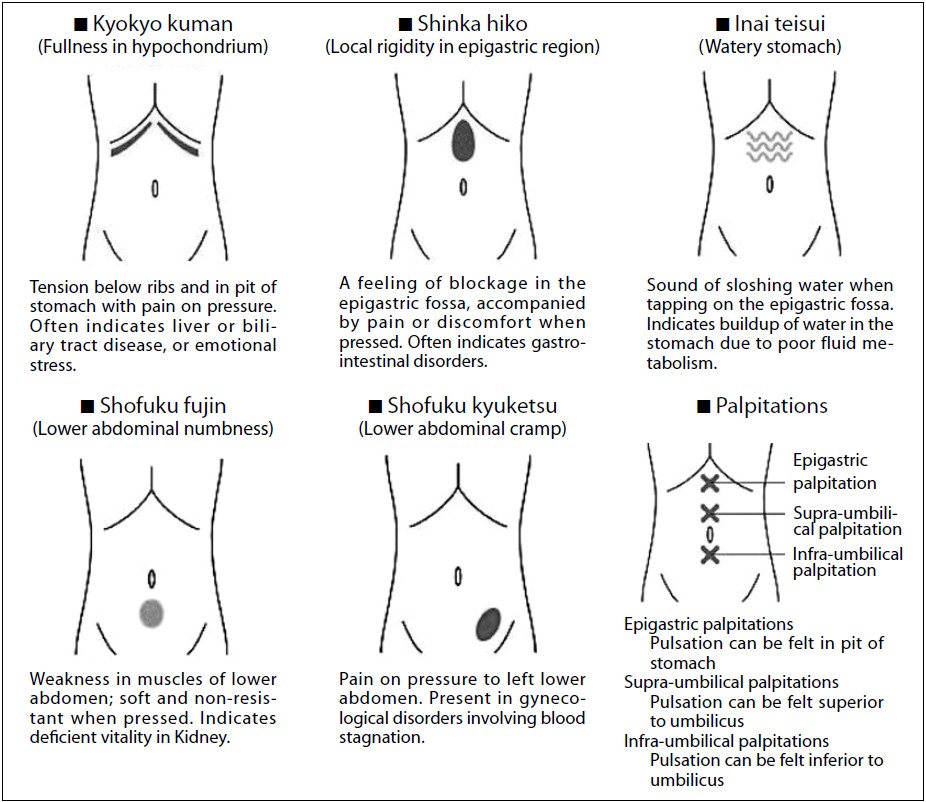 For this lecture, my motivation for addressing abdominal shiatsu was to focus on treatment of lumbar pain via shiatsu to the rectus abdominis and psoas major muscles and also to introduce abdominal diagnosis. Of course, when treating an actual patient, it is necessary to evaluate not just the abdominal region, but the quadriceps femoris, hamstrings, and other muscles as well, and conduct a thorough diagnosis that includes listening, observation, and interview techniques in addition to abdominal diagnosis.
It is my hope that you will keep these techniques in mind as another perspective from which you can assess your patients and as a means of understanding their condition.

Abstract : Ahead of the 2020 Tokyo Olympic Games, sports is receiving increasing attention in Japan. The aim of this study was to verify the effects of Namikoshi shiatsu therapy’s standard procedures on sport performance.
After adequate warm-up, five 50-meter sprints separated by five-min-intervals were timed, and images were taken with a fixed camera to analyze its influences on posture. Twenty points on the abdomen, which were based on Namikoshi shiatsu therapy’s standard procedures, were treated three times before the first sprint and during each interval between the sprints. On a different day, splinters performed five 50-meter sprints separated by five-min-intervals in the supine position without shiatsu treatment.
On an average, the shiatsu-treated group had shorter sprint times than the control group. When camera images were compared between the shiatsu-treated and control groups, differences were observed in twisting of the trunk, flexion of the knee joint, and stride length. These results suggest that the 20-point abdominal-region shiatsu based on Namikoshi shiatsu therapy’s standard procedures may have positive effects on the sprint performance. 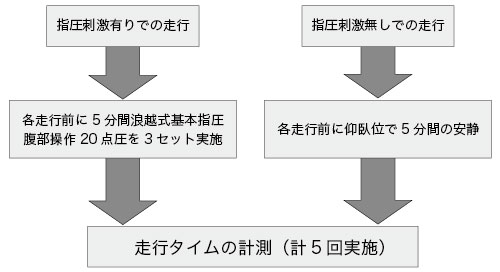 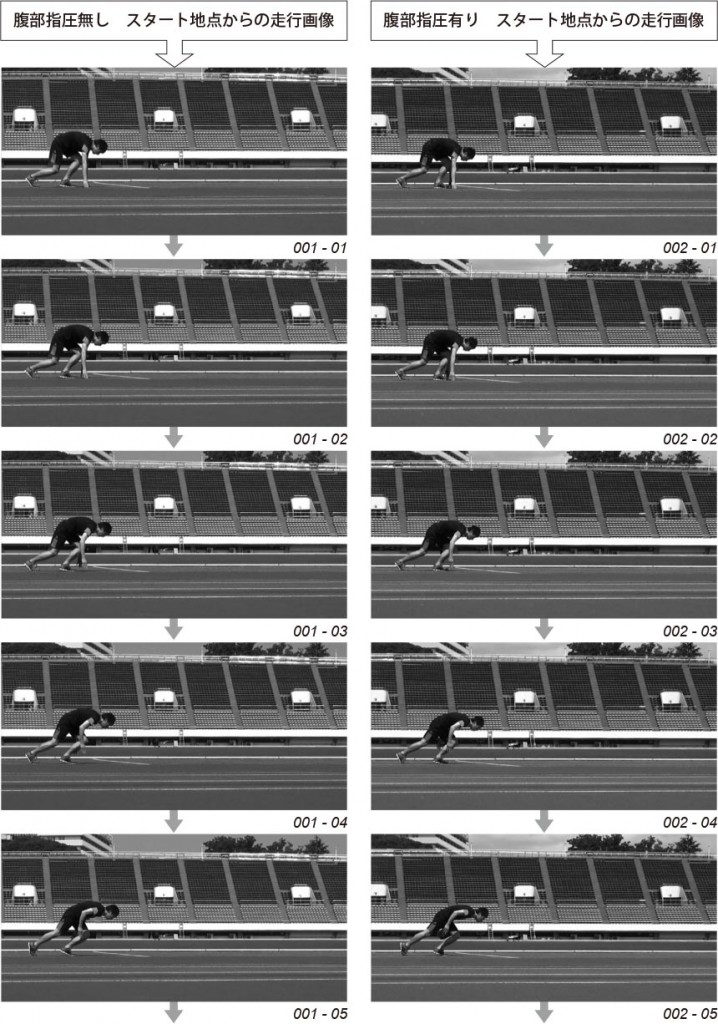 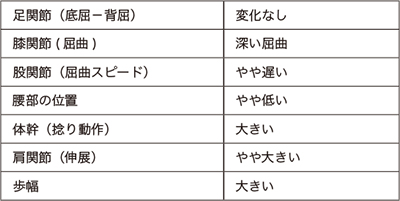 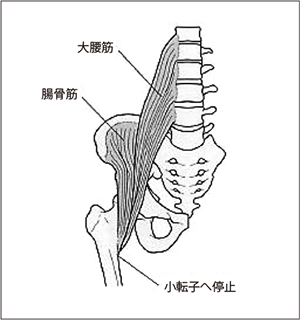 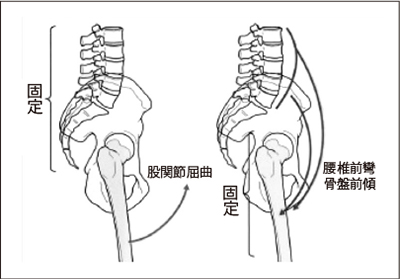 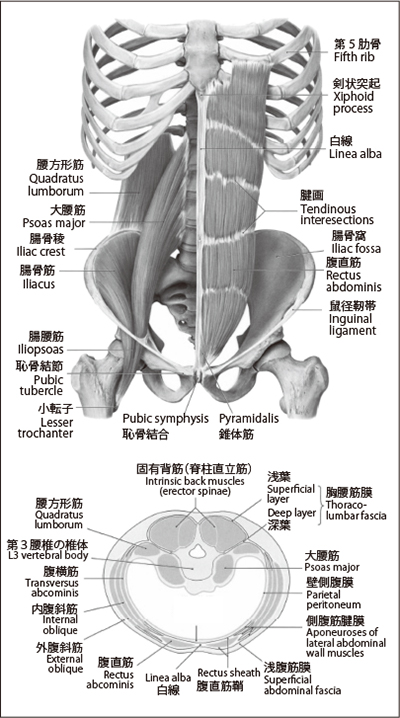 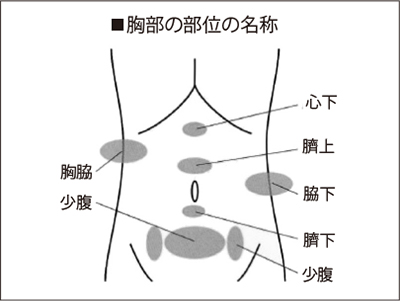 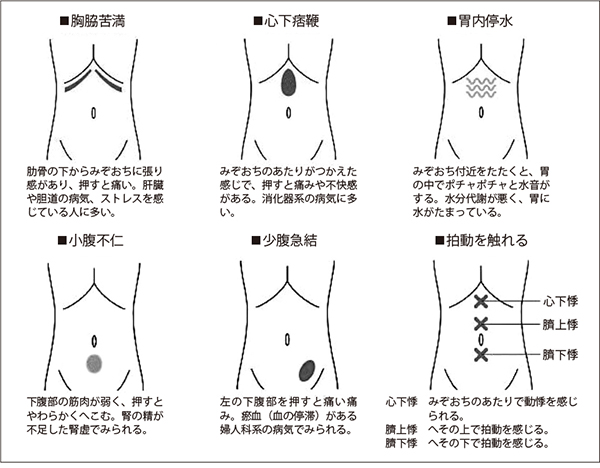